As usual, I got so drunk that I forgot I even have a blog. Don’t blame me, blame Mr. Jack Daniels. Anyway, being a pitiful combination of a boozehound, a lazyass, and a Metalhead, today’s post will be about the intertwining of mind-alteration and heavy music. Let’s see if I can maintain my motor skills enough to finish this in one go…

Part I: The Forerunners
The Beatles aren’t Metal, even though certain tracks such as Helter Skelter were predecessors to the chaotic instruments and screaming vocals that characterize the genre today. Another contribution that the Fab Four made to the contemporary concept of music is the rockstar lifestyle. Nowadays, you have to burn a church to be considered extreme, and even that is more annoying than “brutal.” But back in the 60’s, it was bands like The Beatles and Rolling Stones that whipped people into a frenzy. The long-haired hooligans trashed their hotel rooms, glorified drug abuse, and were notorious womanizers. The Beatles were amongst the first bands to slip drug references into their songs, and even the rumors of evil messages hidden in the records originated with them. Sounds a lot like Metal to me. As early as  Rubber Soul, released in ’65, The Beatles were getting a lot less subtle about their experimentation with psychedelics. I mean, look at that freaking album cover. 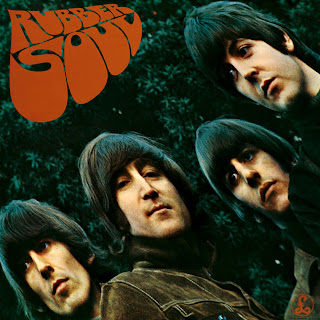 Jesus Christ, my pupils weren’t that dilated since… Uh, for legal reasons, I’m not gonna finish that sentence.

Part II: Sh*t Gets Real
Zeppelin may deny themselves the title of “Heavy Metal”, but they are still one of the hardest rock bands to hit the music scene since the 70’s. Not only were the blues-inspired riffs tuned low and drawn out for an eerie effect, but the vocals were borderline screams. That’s the musical side of it, so what about the lifestyle? Well, if you don’t think that these dudes were worth their weight in Acid, just watch The Song Remains The Same. This opened the gateway for even crazier bands to do their thing. The Doors and Aerosmith come to mind, right off the bat. The hedonistic lifestyle that The Beatles and Rolling Stones had introduced the pop music, was refined and in a way, perfected by musicians such as Jim Morrison and Steve Tyler. Drug references no longer had to be clandestine. In fact, they were practically emblazoned in neon signs and glitter glue. Rock n’ Roll had evolved from a quaint rockabilly mentality into a pipe-dream of infinite cocaine and leather-clad groupies. I’m pretty sure the term “rockstar” even originated in the 70’s. I don’t actually know. Fucking google it.

While we’re talking about the 70’s, let’s talk about bands that actually can be called “Metal” in all good conscience. I can think of Alice Cooper and Black Sabbath right off the bat (heh.) Alice Cooper was a heavy drinker, as were all of the members in his band. Most of the photos of the band in their prime document incriminating evidence of a bottle in everyone’s hand. Mix n’ Match. One haunting moment from an interview in this early years show a haggard Alice Cooper, unkempt and unshaven, asking the interviewer: “Would you buy a car from this man?” 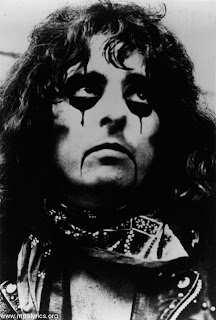 Gah. I get those pitiful cow-eyes when I’m hammered, too. But in all seriousness, I would not buy a car from a dude who was so obviously strung out on booze. I wouldn’t even be in the same room without a can of mace, or at least a tazer. And as for Black Sabbath… Well, if you don’t know about Ozzy Osbourne and his various infamies, you honestly don’t belong on my blog. Sorry.

Part III: The 80’s Were The Hangover Of The 70’s
The 70’s must have rocked. It was a decade of hilarious decisions, many of which were badass and even more of which were regrettable, but our parents’ generation probably have some secret tattoos showing evidence of each. The 80’s were like the morning after the night of youthful abandon, when you can now feel the broken bones that you drunkenly swore were mere flesh wounds just hours before. When you wake up to “how do you like your eggs?” from the gross troll laying next to you. The 80’s were the gnarliest 10 years to ever follow a golden age of music, drugs, and debauchery. So they overcompensated and now we wound up with fucking Glam Rock. Ugh. Motley Crue is probably the most famous example, and they glorified excessive drug use with such shameless party jams as Dr. Feelgood, Wild Side, and pretty much every other Motley Crue song.

The 80’s also revolutionized the music industry with the introduction of MTV. Now mind-alteration was made flashy not only audibly, but visibly. The invention of the music video marked a shift from radio-oriented music to television oriented. Now bands had to make themselves sound good, and be visually appealing. And if booze has taught me anything, it’s that liquor makes people look hotter. As soon as MTV entered the equation, the links between sexuality, music, and drugs were reinforced even stronger than before. Think of the cliche, “Sex, Drugs, and Rock n’ Roll.” That has practically become a holy trinity unto itself.

Anyway, rockstars were glamorized as drug abusing, hedonistic dillweeds. Metalheads in particular got flack for the liquor thing. And considering my current condition, I guess the stereotype is one that we earned. 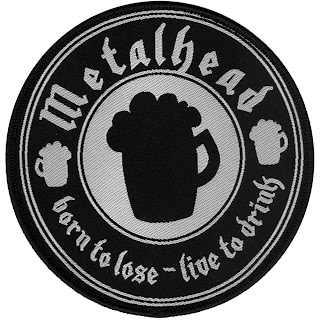 And before you get bitchy with me for the offensive and judgemental picture above, just know that it came from the official website of Nuclear Blast, AKA The world`s biggest independent Heavy Metal label.

Part IV: The 90’s Were All That
First of all, I’m impressed that I could remember how Roman numerals work. I’m proud of myself. Second, I was but a mere child in the 90’s, and as such I knew more about cartoons than about the dark underbelly of America’s crusade against substance abuse. Thankfully, shows like Beavis And Butthead bridge the gap, so I will share with you my very limited knowledge. Beavis And Butthead was MTV for the new decade, as the channel had broadened it’s horizons from music videos 24/7 to general entertainment aimed at teens and young adults. The titular characters were not explicitly portrayed as stoners, but come on. You don’t get that dumb without smoking something. In fact, one of the earliest episodes showed the duo taking turns sniffing paint thinner, and the resulting chaos included painting Mr. Anderson’s house with Metal logos, stealing a lawnmower, and some other third thing. Beavis and Butthead were caricatures of negative stereotypes of Metalheads. And yet, even the “negative” assumptions were pretty damn awesome.

The feature film, Beavis And Butthead Do America, made drugs seem even cooler with the infamous Peyote scene, during which Beavis hallucinates animations of Rob Zombie’s psychedelic illustrations. 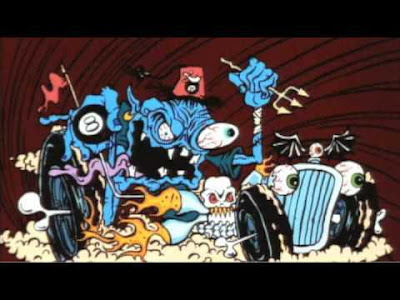 Let’s face it, no still image can do that scene justice. Here’s a link to the video clip.
Honorable Mention: Straight Edge
Well, this whole post has been about the shameless glorification of drugs, but there’s another side to the story. Just like there is an obsessive idolization of that lifestyle, there is also an obsessive repulsion to it. Wierdly enough, both attitudes seem to have their most devout followers in fans of extreme music. Straight Edge owes it’s existence to the hardcore Punks of the 80’s. If that decade was the hangover of the 70’s, then the Straight Edge Punks were the recovered alcoholics who immediately enlisted themselves in AA after the first pang of a headache. The term “Straight Edge” was first coined by the band Minor Threat, but the idea of a sober Rock n’ Roll lifestyle is far older than that. 70’s Rock icon Ted Nugent, for instance, is one crazy bastard, but he never even tried a little alcohol. Some bands who were infamous for their alcoholism regained a following as they swore off the drug forever. Alice Cooper, for instance, gained massive support when the media discovered he was in treatment for his alcohol abuse.

In this day and age, we have heavy-as-hell bands who advocate a smoke-free scene, such as Impurity Of Mriya. The rising popularity of Christian Metal (and Punk) has also contributed to the lifestyle of awesome music without the mood-modifying chemicals. The Eden Betrayal is a freaking amazing band, and they don’t even have to be stoned to hit the stage. More power to them.

Damn it, I have to throw up now.