A few days ago, I thought I’d just post a single half-assed entry and leave it there for a fortnight. However, fate/Metal/ the internet had other plans. I’m lots of fun and bad with numbers, so I’m pretty sure it’s four posts and counting at this point. Well, here ya go. 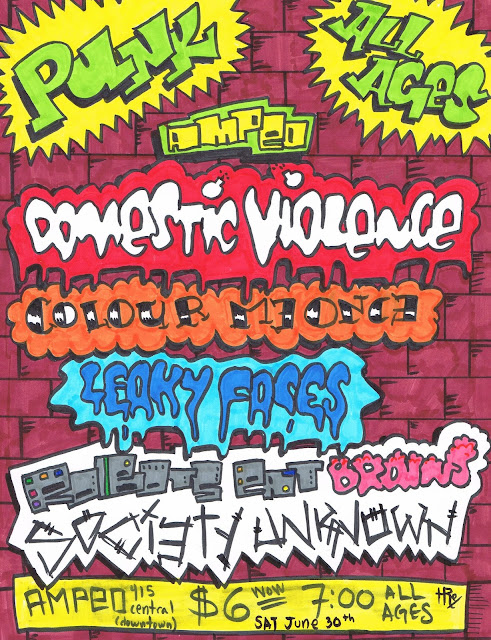 Domestic Violence is best described as Super Punk Rock. They’re so awesome that even people who don’t like Punk music are hooked, if only by morbid curiosity. They do have music online, but quite frankly, it will never do them justice. This is an act you have to see live to truly understand the experience. It’s kind of like Shock Rock for the Hardcore crowd. Whoah, I thought Metal logos were supposed to be illegible. I can’t be sure I’m reading the rest of the line up correctly, but it looks like Colour Me Once, Leaky Faces, Robots Eat Brains, and Society Unknown. The first three words on the flyer are “Punk” and “All Ages”, and honestly that’s all I need to hear. 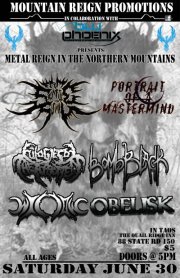 I know I give Santa Fe and Albuqurque alot of cred for their contributions to the Metal scene, but it would be blasphemous to neglect our neighbor Taos. Taos is best known for it’s hot springs, wicked ski slopes, crazy hippies, and insane parties. This shindig is aptly titled Metal Reign In The Northern Mountains. The extremely talented Eulogies Of The Forgotten are playing, and I can attest to their awesome shredding abilities.  Obelisk hails from my hometown, and they describe themselves, quite fittingly, as “Party Sludge”.  From Sacrifice To Survival will kick your ass, musically speaking. Portrait Of A Mastermind is intricate yet heavy, plus they have a pirate song. If that doesn’t shiver your timbers, nothing will. There’s two other Metal bands too, so that’s just $5 for 6 bands. Wicked. 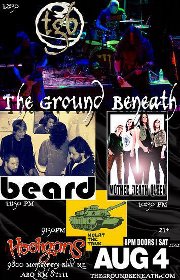 So much for June. If you need to take a breather, you can chill during July and start August off with this. As soon as Monday, I will be old enough to see all of the bar shows. I’ve already gone mad with my newfound power, albeit premature at this point. What could be better than booze and a concert? Maybe if there was some hotties involved, I’d say I was in heaven… 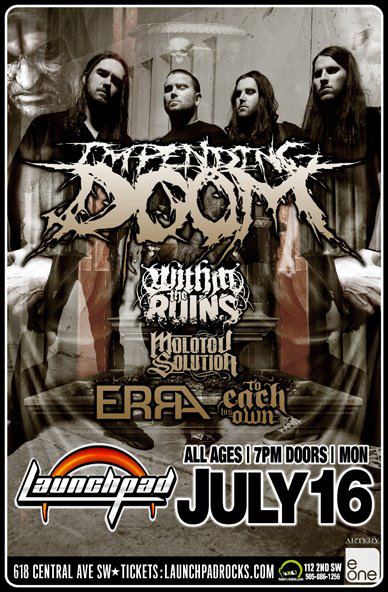