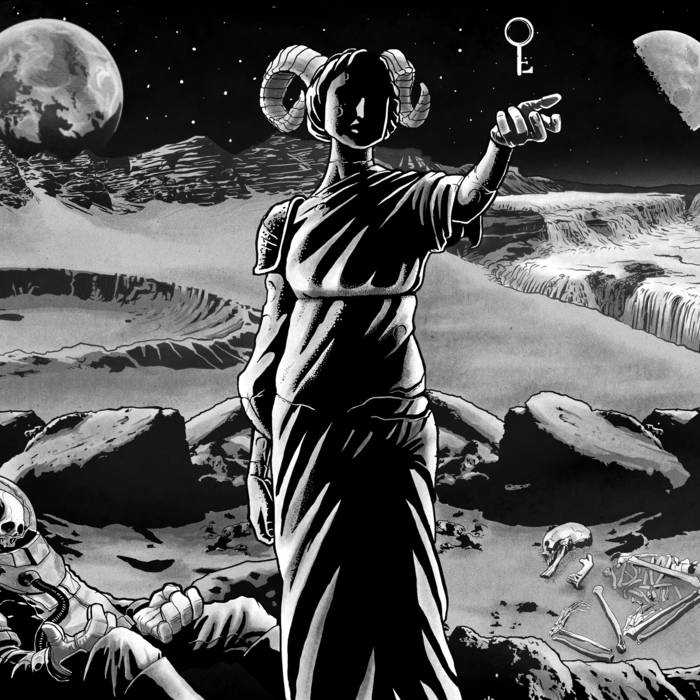 Hailing from Portland, OR, this death metal outfit sounds solemn and somber.  Although their bleak music is dissonant, it is profound enough to resonate with like-minded pessimists. The punishing rhythms are insane, offset by melodic virtuosity and atmospheric ambience. The contrast between their acoustic sensitivity and their electrified rage is a paradoxical embodiment of the band.

The deep, rolling melodies slam their weight around mightily. These menacing, trippy sludge concoctions are booming with thunderous beats and bellowing rhythms. The percussion is bone-crushing, as agitated drums crash and burn. Similarly, the rumbling bass lines pulse beneath lethargic guitar chords. The overall sound is more rhythmic than melodic.

Their early material is strongly reminiscent of  black metal classics, with higher vocals and repetitive, almost mantra-like guitar riffs. Some of the drumming is downright military, and sounds really snare-heavy.  The Tide is majestically slow paced, and despite its heavy nature, sounds quite opulent. Sustained notes, however discordant with each other, make for a lingering, melancholy aesthetic. Finally, the Burials/Exhausted Prayers split LP is a showcase of two similar but distinct bands, each of which has a low pitched, slow paced vibe behind the aggressive metal brutality.

Their music evolves from the black metal of self titled debut Burials, to the death metal stylings of The Tide, to the prog sound of their recent split EP with Exhausted Prayer.  Throughout their evolution, each album released by Burials is very artistic and experimental. Citing classic rock bands like Yes in their inspirations, the progressive  influence is subtle and modernized for a contemporary metal palette. Down tuned and dreary, this is music is dark, deep, and heavy. Check them out on Bandcamp and Facebook. Three stars out of five!