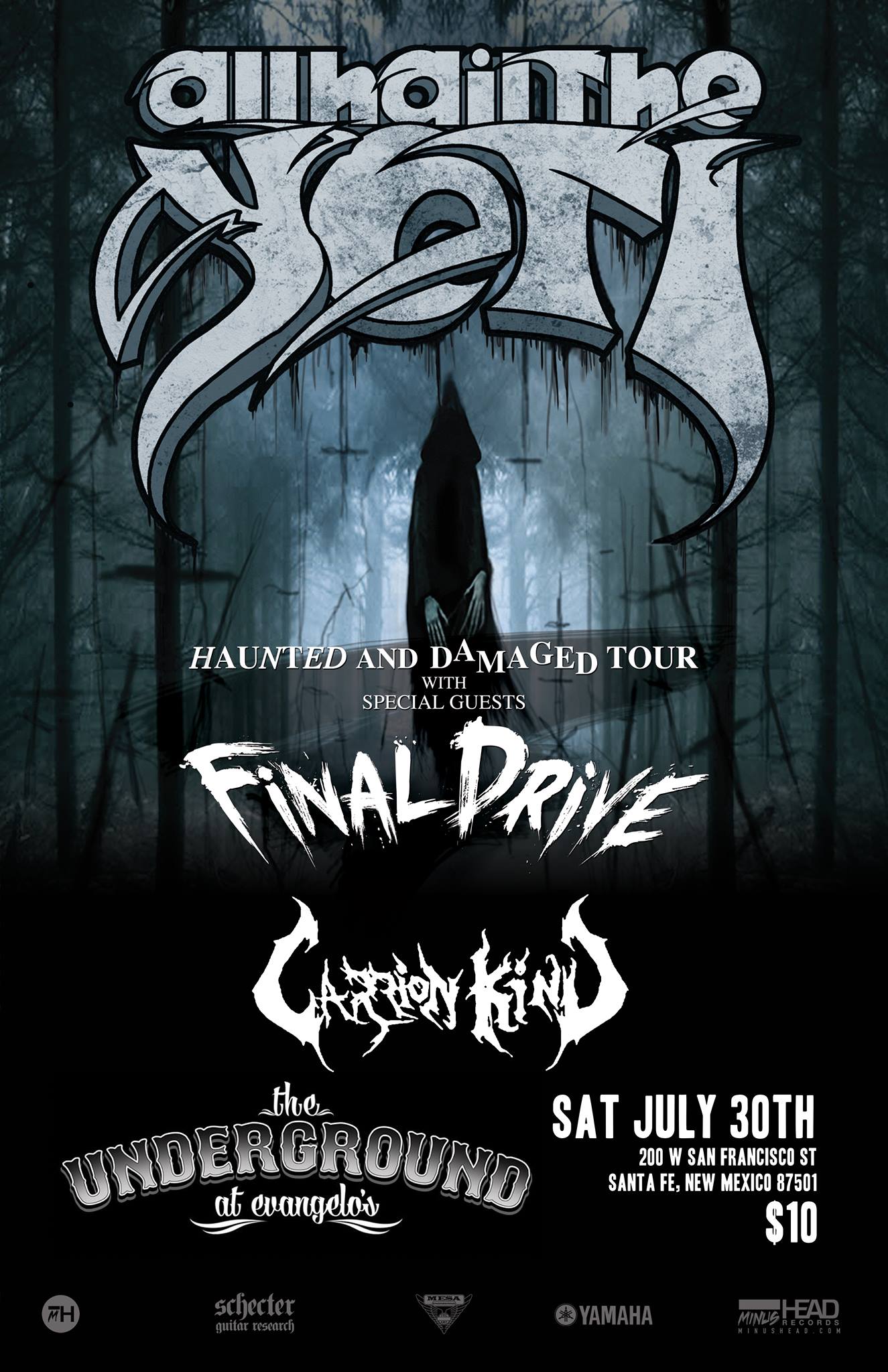 The Underground at Evangelo’s is always an excellent venue for louder-than-life, heavy metal mayhem. Touring bands All Hail The Yeti and Final Drive were right at home with local shredders Carrion Kind. Here is historical evidence of the badassery, documented for posterity.

Carrion Kind opened up with their killer masterpiece, Memoirs Of A Lost Civilization.   Many other songs from their debut album, The Collapse Of All To Come, have catchy death metal chord progressions that fans know by heart. Later in their set, they played some dank riffs that reeked of Apostasy by Sleeptaker. Those sludgy riffs are slow and sweet like a joint dipped in honey. This, along with some new material, was a welcome surprise, on top of the well-known fan favorites that we were all anticipating.  Feel free to stalk them on their homepage or on Bandcamp. There’s a reason Carrion Kind are local icons.

Final Drive kicked major ass. This band is like a wall of death with punk on one side and metal on the other, the bloody impact resulting in an aggravated thrashy sound. One piece in particular stands out as being especially intense, with the suspense-building chorus of “WE WANT IT ALL RIGHT NOW” sung in unison by the audience and lead man Jordan Gaw. This band is so invigorating that they can get a whole building headbanging. Final Drive can be easily found on several websites, including this one, this other one, and a third one. Definitely a must for crazy people who like to internalize their anger until it erupts in a headbanging frenzy.

All Hail The Yeti were the headlining band. As much as I love their sound, I have to admit that I don’t always care for the clean vocals. That minor criticism aside, the gutterals are fucking ace, and the instrumentation is brutal. It can be disconcerting to hear something that is simultaneously cerebral and aggressive, and this tension is reflected in the dissonance of the music. Their songs are well composed and highly impactful. Check them out on their own website or Reverbnation.  Better yet, see them live on stage now while they’re on tour. They are amazing performers and will put on a spectacular show.

All in all, this was another great night of metal, music, and mischief at the best bar in town. The bands and audience had good chemistry, and as always, the drinks were plenty. Four stars out of five!