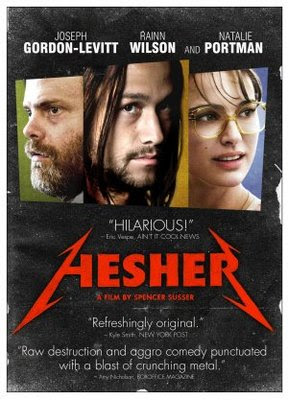 I hate to be blunt, but this movie is a total drag. When I first read blurbs hailing the film as gruesome, dramatic, and hilarious, I was expecting something between Rockstar and Dead Alive. What I got instead was something between a chick-flick and a home movie. The plot is tedious, unless you want to spend an hour and a half of watching a 13 year old suffering constantly. Seriously, the protagonist, T.J, is tormented by his own family, school bullies, authority figures, and especially by the titular character, Hesher. The bad guys are all one-dimensionally cruel, with an annoying heartlessness bordering on that of a cartoon supervillain. Even the good guys are a pain in the ass, as they seem to be pathetic martyrs who passively suffer. For a movie that revolves around death, violence, and substance abuse, it somehow manages to be incredibly boring. Like all dramas, it has the requisite family dinner scene in which the males yell at each other, break the dishes, and storm off while the womenfolk weep and plead them to stop.

As for Hesher himself…
For all the depth he has, he might as well be a stick figure shouting “Weed! Beer! Motorhead! Fire! I’m an asshole! Rawr!” He is basically a caricature of all the negative stereotypes about Metalheads. On the plus side, at least he’s not predictable. Even if you don’t know what his next move will be, you can rest assured that he is consistently acting like a horrible dick. The worst part is, he’d be kind of hot if he wasn’t such an insufferable asshole. 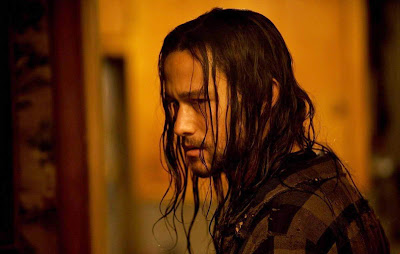 I’m not just being facetious when I say that the credits are my favorite part of the movie. That is the only time you hear a Metal song in its entirety, and I was also mildly entertained by the gallery of Hesher’s art that looks like obscene graffiti from a bathroom stall.
As grueling as this film is, it isn’t all bad. The scene in which Hesher smokes weed with the Grandmother is so wrong, yet so beautiful, like the breast-feeding scenario in Grapes Of Wrath.  For the most part, however, this is an account of unjust existential tragedy, the likes of which I haven’t seen since the Old Testament. I can acknowledge the allure of the movie’s concept, but in all honesty, I pretty much hated the whole thing. Two stars outta five. 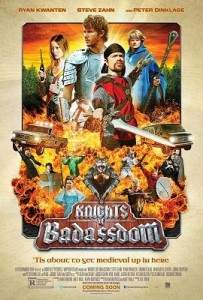 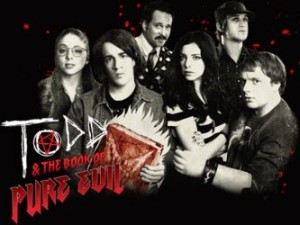 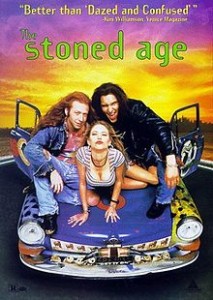