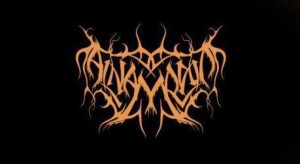 The war-torn Middle East is the unlikely home to oriental black metal band Al-Namrood. Now boasting a global audience, this band overcame incredible adversity and defied the odds. Undead Goathead delves deeper into Al-Namrood’s unique circumstances, as they master their art in secrecy.

Undead Goathead: How did you all meet and become a band?

Al-Namrood: A former vocalist “Mukadars” discussed with “Ostron” an idea of making Middle Eastern influenced music; the song was done by Arabic keyboard and percussion. It was incomplete as the music could use an element of electric guitar. This is how Mephisto joined and implied the idea of combining it with black metal. Since the three men have similar prospective and views, they collectively created the project “AlNamrood”.

Your music deals with many heavy issues such as politics, society, and religion. What are your views on these subjects?

We think this is the wasteland of the world. What created war, poverty and scattered conflicts is the religion supported by profit motivated politics, which are all together  merged within ignorant society who  think the world goes on their side while it serves personal goals.

Can you tell me about the different instruments you use?

In addition to the standard metal making instruments, we use Oud, Qanoon, Darbuka, Ney and various Arabic keyboard driven instruments.

Your lyrics are references to literature and history, but I feel that your lyrics could also apply to modern life. Was that your intention?

Of course it applies, the past has created the present, we are still chained by norms of the elders and life eating rules that were applied in the dark ages, neither do we say this is the bright age. The problem is policies and rules came to regulate the peoples lives, while it originated based on the benefit of its makers. If someone can pay close attention to our work, they will notice the supplemental messages.

I love your music video for Bat Al Tha Ar Nar Muheja. What did it symbolize?

A Tyrannical leader ignorant with power, celebrating with his servants/slaves while the land is scattered in war and chaos, but it is lashing back at him later on.

You already have an impressive discography. Since the debut of Atba’a Al-Namrood in 2008, you have released an album almost every year. What challenges do you face to make consistently good music?

I do not know if they are real challenges or if we just got used to it, but in the beginning we lacked a place to do music, and had to do recording in abandoned buildings, because they had functional electricity and were away from the public. We just had nowhere to do the recording. Such a lifestyle has become fairly  normal to us; we were able to utilize whatever we had to record the music and vocals. Another issue is getting equipment such as decent sound interface and eventually learning how to use music workstation. But you can notice the improvement of sound quality in each release. Simply because every time we learn something new, we can handle our situation fairly.

Were there any traditional Arabic songs that inspired you?

Yeah, we liked the Iraqi music, such artists like “Saadoun Jaber” and “Sajda Abeed” and Egyptian legend “Um Kalthoum.”

Who are your favorite bands, metal or otherwise?

Initially we were inspired by bands such as Marduk, Melechesh, Behemoth, Darkthrone, and Candlemass. Recently we’ve grown a big interest in punk metal, bands such as “The Exploited” and “Misfits”. We see black metal and punk are strongly connected.

When can we expect a new album?

The new album already been planned with our label, it is coming on the usual time, we will announce by then.

Is there any possibility that you would go on tour? I’m only one of many people who want to see you perform in concert.

Yes, but first we should work on leaving the country, because once we go public we won’t head back to our homes forever.

What would you like to say to your fans?

Cheers for supporting AlNamrood, we raise our cups to you!