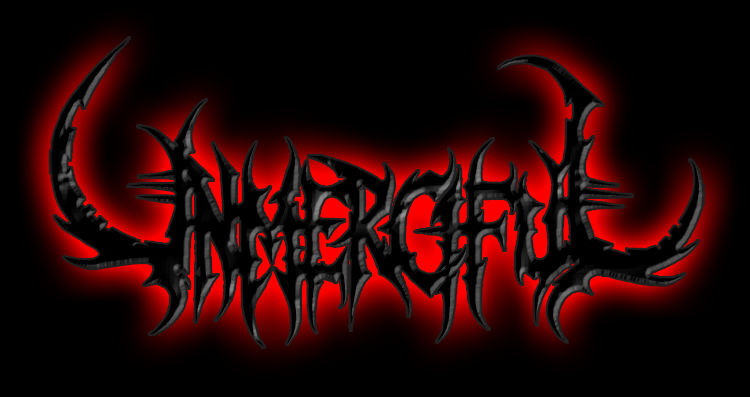 (Editors Note: This article was originally published on Underground Noise, and has been republished here with the author’s permission.)

UNMERCIFUL………this band crushes the minds of many in brutal & barbarous ways, and I am pleased to announce the NEWEST interview with the vocalist of Unmerciful, Kris Bolton, who will be on the upcoming NEW album.

UN: What prompted you to become a musician?

KB: Honestly, I wanted to be in music as long as I can remember. When my High School buddies and I used to hang out, I was never really instrumentally inclined, but I would always try and do vocals for them…Badly of course at first, but like any skill you practice and improve. I’ve always wanted to be loud, really fucking loud! Doing vocals grants that wish for me.

UN: Who are your influences both musically and personally?

KB: My parents were always great influences music wise. My biological father would always have records, tapes & CD’s to listen to. Music like: Black Sabbath, Iron Maiden, Ozzy and Judas Priest, but the list goes on. My Dad (Keith- the awesome man my mom married when I was 12) was in metal bands in the late eighties. He had a love for heavy music that he would always share with me and to this day he and I hang out and show each other new bands we’re stoked on. My mother was always letting me listen to music other parents would frown upon or judge her character because she wasn’t pushing church music or pop crap on me. Alright, here’s a list of bands I took influence from for my style: Fear Factory, Machine Head, Motorhead, Behemoth, Bloodbath, Byzantine, Lamb of God, Dying Fetus, Gojira, Meshuggah, Pantera, Hate Eternal, Hypocrisy and Suffocation. There are like a million more I’m sure, but that’s all I can remember right now.

UN: Are there any places in the world you haven’t been, but have always wanted to see?

KB: Man, I really wanna see Europe, of course. I want to play shows there and meet awesome people. Australia would be cool too. Japan, I hear the fans in Japan are crazy!

UN: What has been the worst thing to happen to you while being in Unmerciful?

KB: The worst thing that has happened to me in Unmerciful is kind of a toss up. Most recently, my appendix blew up…twice. I have Crohn’s disease so my guts being in pain is kinda normal to me. I went 10 days without going to the doctor because I thought I was just having a flair up. Finally my guts doctor told me to the ER and reluctantly I took his advice. Good thing I finally did or I might not be here to answer these questions now. Apparently I have a stupid high tolerance for pain and also I’m stupid for being hard headed. Anyhow, I got the junk that was festering inside. My body was sucked out with plans to remove my appendix by the end of January. Unfortunately, for me my appendix said “Fuck that!” and blew up again! This time doctors used terms like “Jeez, your appendix is angry!” and “There is just a bunch of nastiness inside you.” and my personal favorite was “Kris it looks like a bomb went off in your guts.” I’m a little lighter than most people in the intestinal area now, but shit I’m alive so that’s nice I guess. The other thing that really sucked was the day/night we lost Justin in Vegas. I really thought for a while there that I was going to have to return to my hometown where Justin & I grew up and tell all of his and I’s friends that I lost him somehow and he’s now dead. On that entire day, most of Unmerciful was trashed. We all got really lucky that he just decided to sleep in the desert.

UN: What song or songs by your band are your favorites and why?

KB: My favorite Unmerciful songs are the ones that get people going nuts in the pit! Shotgun Sodomy, Legion of Sickness & Cast To Flames. A couple of new songs off the new demo Abscission & Enduring Torture.

UN: Do you keep in contact with the fans and bands you meet while on tour?

KB: Honestly my favorite thing about being in a band is all the badass people I’ve met while out on tour or having bands come through our town and playing with us. I will never refuse a friend request or refuse to talk to a fan. I love getting into discussions about music and just life with anyone who wants to know me. So many awesome people have opened their homes and lives to us while we are touring. So, I want to say thanks to all of them especially!

UN: What has been the most difficult thing you’ve encountered while being on tour?

KB: The most difficult thing about being in a band and on the road is being away from your family and friends. My beautiful wife and kids are hard to leave, even for a weekend!

UN: What is the next step for Unmerciful?

KB: Getting this new album done! Seriously, the loyal Unmerciful fans deserve new music! We are getting ready to unleash a heavier, faster, more evil and most importantly; a more aggressive Unmerciful beast upon the world! I cannot fucking wait!

KB: When Unmerciful comes to town know this: Either get in the pit, or we will. Seriously…Albuquerque, Phoenix, Lake Tahoe & even K.C. knows what’s up! It gets cramped up on stage if you aren’t gonna use the pit for its intended purposes, either the mic and cord or sometimes the whole band (excluding King because you know drums and shit) will get on the floor! Thanks to you, Alex, and Underground Noise for wanting to interview me! Keep it heavy, and I hope to see all of you very soon! Hail Satan & Awaken Cthulu!