In a rare moment of sobriety, I decided to take on the beast known as Rings Of Saturn. This Aliencore group transcended the underground scene to become a Death Metal phenomenon, notorious for their painstakingly intricate compositions, ludicrously loud sound, and all around fucked up state of being.

Despite many complications, Rings Of Saturn have released a stream of their new full length album, Dingir. Although it greatly resembles their debut album, Embryonic Anamoly, the band has clearly refined their already superb virtuosity. On the plus side, that means that they have retained the same musical style that attracted fans in the first place. But on the other hand, I can’t tell one track from the next. Although the composition is immaculate and the musical skills are extraordinary, the songs are virtually indistinguishable from each other. Mayhaps that’s just because I listened to Dingir once, and my eardrums have been in a state of recovery ever since.

It’s a must-listen if you like technical compositions, Death Metal, aliens, or music that sounds like a Super Nintendo game on speed. Imagine the band Viraemia getting abducted by astro-zombies.
My only complaint is that the songs are so technical that I can’t differentiate them, but that’s just the nature of the beast. If I was getting mauled to death by a Hydra, the least of my worries would be which head is which. It would still be brutally badass. 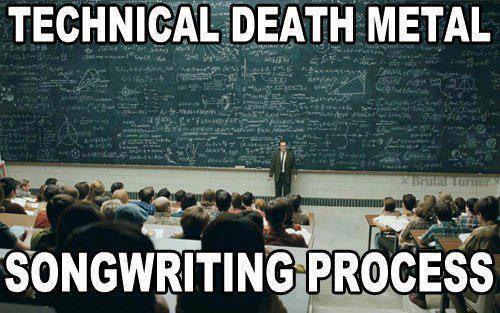