You know that Megadeth song about a really brutal hangover? I’ll never understand it, because I rarely get hangovers. I guess the Booze Gods are rewarding me for my piety?
Anyway, I missed that punk show in Albuqurque because I spent all day getting my ID, but the booze gods gave me further libations in the form of a Metal bar show in Santa Fe, so glory be to the saviors.

These Charming Cobras are a Punk Rock trio with a variety of musical influences, the most prominent of which is, in their own words, “Agitated Guitar Rock”. To the best of my limited abilities, I can detect the same simple catchiness, insane loudness, and twangy guitars that characterize Surf Rock. The vocals are deceptively charming (heh), belying creepy and abstract lyrics saturated with dark metaphors. I love spookiness, but I admire the ability to make it appeal to a mass audience even more.  Even people who think they don’t like Punk end up liking These Charming Cobras. Plus, the band members are super-nice. Charmed, I’m sure.

Obelisk are best described as “Party Sludge.” Somehow, they mangage to be simultaneously lethargic and intense. The melodies are deep, low, brooding guitar hooks and the drumming is equally heavy. The vocals are unmistakably Metal, a perfect balance between screaming and growling. Apparently they have a Demo, as I discovered approximately five seconds ago. It’s about freaking time.

Serial Hawk, hailing from Seattle, is Stoner Metal cranked up to awesomely painful volumes. Their music is purely primal, from the caveman-esque drumming to the creepy, chant-like vocal style. If the dudes who made Stonehenge were Metalheads (and there’s no evidence to the contrary), I’m sure they listened to something like Serial Hawk before they sacrificed hot chicks to the Dragon Lord or some shit.

I may not be hungover, but all those rum n’ cokes are wreaking havok on my motor skills. If anything, I might still be a little tipsy. Can you imagine seeing a show like this for your 21st? I have a bruise on my sternum from repeated impact with my chin (headbang responsibly, kids) along with some other mysterious wounds, but otherwise I’m alive and well. Holy crap.

I think this warrants saying again: GLORY BE TO THE SAVIORS. 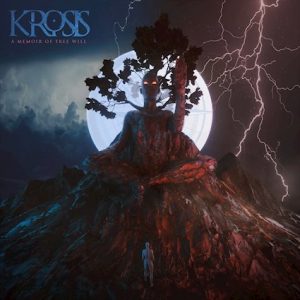 Album Review: Krosis – A Memoir of Free Will 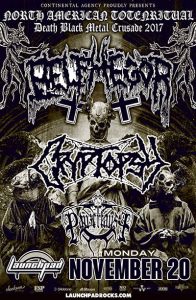 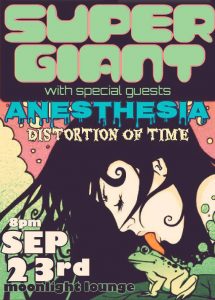