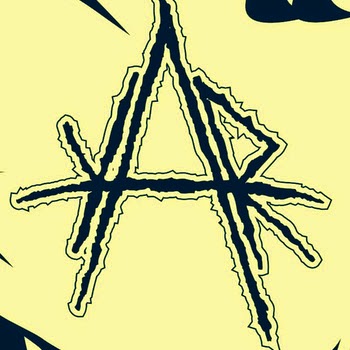 Yar is a Santa Fe based thrash metal band characterized by wicked intricate guitar licks , harsh vocals, and lightning speed drumming. The result is a tortured, angry, and cathartic flashback to the death/thrash metal of the late 80’s. I do not invoke the name “Death” in vain, and I can honestly say that  Yar emulates their seminal album, Scream Bloody Gore. Obviously, Yar has an updated sound that will appeal to modern metalheads, but their musical inspiration from the likes of Chuck Shuldiner is apparent.  The sound quality of this self-titled demo is impressive.  Although distorted and caustic, the music is delivered with  crispness and  clarity. With only three tracks, each of which is superb, it’s hard to play favorites. In fact, no particular song outshines the others, but each brings something different to the table while being cohesive with the rest of the album.

I can’t help but assume that Urge To Brew has something to do with beer. It has a straightforward yet intoxicating rhythm, juxtaposed with low growls delivering indecipherable lyrics. If you needed an excuse to wear acid washed jeans and high  top Adidas, this is it. The instrumentation has a dark depth to it, and although Urge To Brew is brilliant in its simplicity, it also features some memorable moments of epic shredding.

Emerald Cave is an intriguing track, with it’s cryptic title, rowdy guitar riffs, and frantic tempo. Personally, I have a need for speed and this song satisfies. If you ever get the pleasure of seeing Yar live, this will be the song that make you bang your head so hard that you will bruise your sternum from repeated impact with your chin. I’m speaking from experience, and I am not fucking kidding. Again, the vocals sound awesome but are nearly impossible to understand (the only words I could make out were “entrance” and “darkness”), but that does nothing to diminish the impact of this magnificently brutal track.

System Suicide, like early speed and thrash,  is clearly inspired by the aggression of punk rock but unmistakably metal in essence. Those damn catchy guitar riffs will get stuck in your head, and it’s easy to lose yourself in the machine-gun style  percussion. Also, that’s one hell of a solo. This is a well executed yet organic song, full of pure rage and energy.

All things considered, this release hangs together well, but each song still retains its own unique depth and texture. Most demos don’t sound half this good. Feel free to give Yar some love on Bandcamp and Facebook.   Four stars out of five.