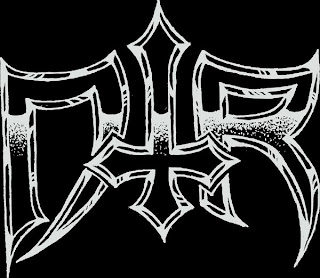 Metal as a genre is as durable, and also as malleable, as the substance that shares its title. The heaviness remains constant, but the method by which it is expressed can change, often surpassing itself. This resilience is not only characteristic, but even exclusive to metal. The genre can be seen evolving in the limelight, manifested by well-known bands and publicized by their ever-vigilant fans. However, it is usually the underground scene that incubates the revolutions, and the pioneers who spearhead them. Of such catalysts, one is frequently overlooked, despite it’s indisputable significance to the upward motion of music.

Destroy to Recreate is the aftershock of the theatrical dark humor which prevailed in the early years of Metal. But the tactics that were popularized by early rockers such as Alice Cooper have been brutalized by DTR, the theatrics are made less humorous and more abrasive to accommodate the modern state of Metal. They epitomize a contemporary style of Shock Rock, which exploits the melodic potential of the instruments without compromising the caustic nature that makes the genre what it is. The guitar riffs, although distorted, hint at some kind of catchy rhythm. The drums are fierce enough to satisfy without overpowering. The vocals are a flashback to 90’s metal, gutteral yet discernable.
Immunized by the gore which has been injected by the media, DTR succesfully shocks and entertains a generation which is not yet indifferent to violence. “Sometimes you watch the news and see all the fucked up things that happen in the world, and it’s so bad that  it kind of leaves a nasty taste in your mouth.” Such is the sinister prelude to their shredding number, Bitter is the Taste, as delivered by vocalist Alex. True to their name, they use violence only on that which needs mending, and whose mending depends on extreme measures. Such things comprise a long list, but music is at the top.

Four stars out of five.