As much shit that I talk about Facebook, it’s really a blessing in disguise. That’s how I found The Living Doorway, how I get a taste of bands that would otherwise remain unknown, and how I keep track of important events. And as far as events are concerned, Facebook is worth it just for the excellent promotion skills of Metal Mafia Nationwide. This is an internet based network of underground bands, venues, and promoters who can post flyers and other media for their upcoming concerts.

I like to think I do a pretty decent job of giving local shows the exposure that they deserve. However, since the Metal Mafia allows the bands and venues to post their stuff directly, it eliminates the need for a middle-man such as myself. Then again, it sucks to scroll through a page and a half of posts quoting Avenged Sevenfold lyrics, just to get a hold of some decent info. I guess you do need me after all.

Anyway, to give you the best of both worlds, I’ll direct you to the New Mexico Connection of the Metal Mafia, and show you some of the flyers for upcoming shows that I didn’t mention last time. And for those of you (un)fortunate enough to live outside of this state, they have profiles for other regions too. 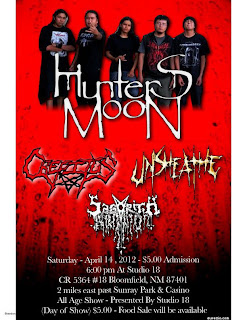 I thought that said Hunter S. Thompson for a second there. I’ve never heard of any of these bands, but I don’t care. My favorite shows are the adventerous ones when you don’t know what to expect. More often than not, I am pleasantly surprised. 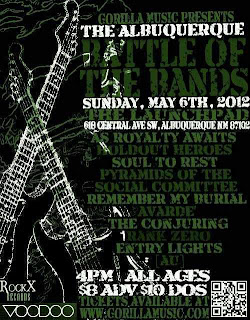 Gorilla Music is kind of sketchy, but they know how to put on a hell of a show. I don’t know any of these bands except for Soul To Rest, who are amazing. Like I said, I like the risky concerts best, so check this out. 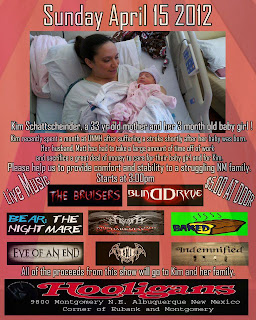 Metal for a cause. You’d be pretty stupid to miss this. 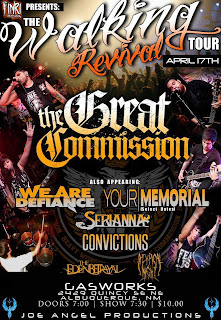 This is a great flyer, for a great show. Thanks again, Joe Angel! 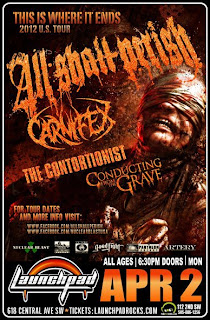 This isn’t really pertinent for underground or local bands, but it would be blasphemous to withold information of such gravity. Fucking CARNIFEX, you guys!!