I’m going to try something new: Instead of focusing on New Mexico’s local shows, I’m going to post flyers for shows throughout the country. Simply scroll down until you see your region, then check out what shows are coming to a bar/warehouse/slum near you. The U.S.A is a pretty big place, so this will be broken up into two parts: Part 1 will focus on the West and it’s various sub-regions, and Part 2 will tackle the rest. You ready? Me neither. Let’s do this. 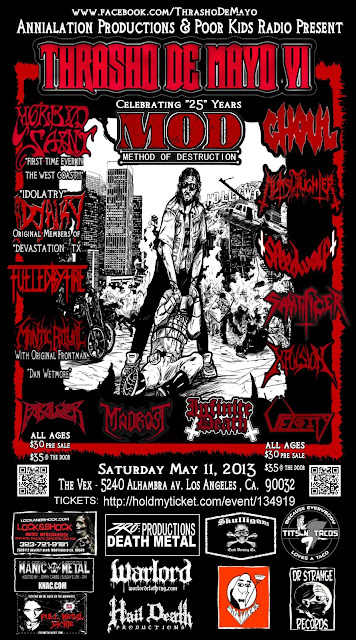 Ghoul is fuckin’ ace. The rest of the line up is pretty good too, but let’s face it. Most of us would pay the $30  just to see Ghoul. 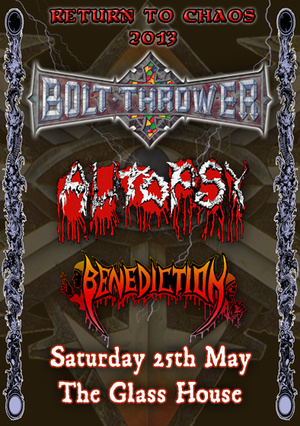 So-Cal goes old-school. This show is happening in Ponoma, CA. Having never been there, I can’t give you directions. I hope it’s literally in a Glass House.

Holy crap, that’s alot of bands in one day. I’m proud to say that Defleshment hails from my home state of New Mexico, and they have even been interviewed by Native Entertainment magazine. They will be sharing the stage with tons of talented bands at the Rocky Point Cantina in Tempe, Arizona.  Brutal Fest is happening this Saturday, so get your tickets before they sell out! 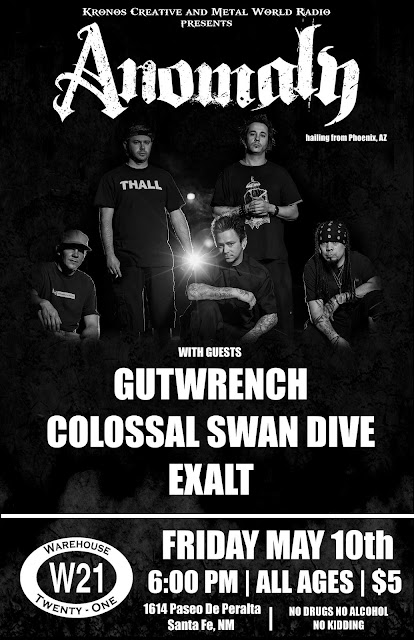 Speaking of Arizona, that’s the place that Anomaly calls home. They will be playing at Warehouse 21, Santa Fe’s only all-ages venue. I thought that this show was tomorrow, but since it’s currently 2 A.M, I guess it’s technically tonight!! 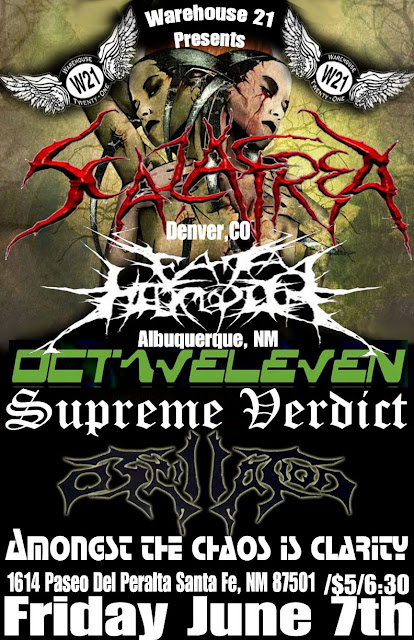 Later on, in the fine month of June, Warehouse 21 once again hosts an epic Metal show. Scalafrea from Colorado is one hell of a band, and Eat A Helicopter is Experimental DeathCore. Basically, if you come, expect some insane mosh pits. Not to mention the rest of the line up, which is comprised entirely of shredders. 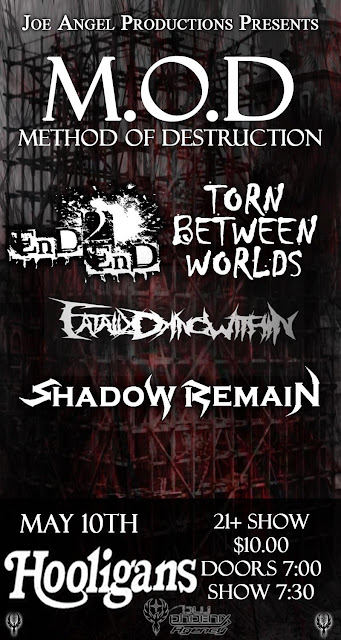 This one is in Albuqurque’s own Hooligans nightclub. Once again, the line up is pretty righteous, but I have a feeling that Torn Between Worlds will be the band that draws a crowd like moths to a flame. 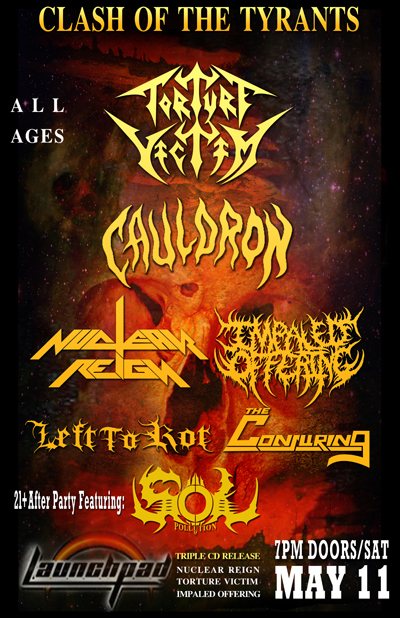 Torture Victim is releasing their new album! It’s about damn time, too. Not for the faint of heart, lest you have a faint heart attack. 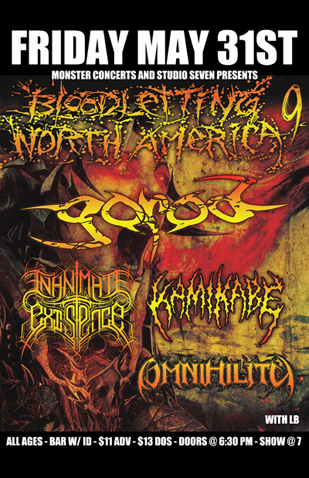 This beast of a concert will take place in Studio Seven of Seattle, Washington. Fun Fact: Seattle is also home to the brilliant Stoner-Metal group Serial Hawk! 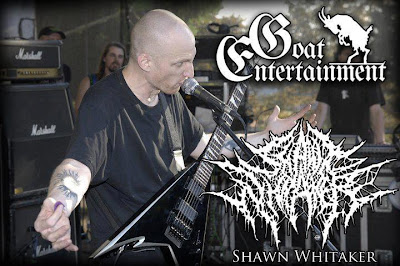 Goat Entertainment presents Shawn Whitaker at The What’s Up Lounge in Mankato, Minnesota. I wish I could post more flyers in this region, but it took me about an hour just to find this gem.
Wow, this is harder than I thought. And I’m not even half-way done! Iron-clad deals suck. Stay tuned for Part 2: Eastern America.
Tags: Hooligans Nightclub Scalafrea Torture Victim Warehouse 21