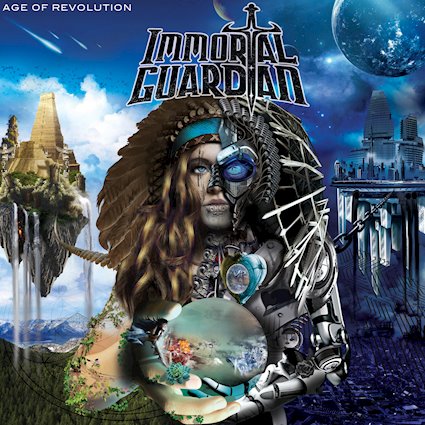 Even with all of their melodic majesty, there is still a bittersweet tinge of sorrow and righteous anger in these songs. Stardust is a prime example. High pitched notes contrast with lower pitches, resulting in the dissonance of large intervals. It brings to mind the archetype of a falling angel. The range is impressive, spanning the depths of hell to the heights of heaven in a single measure.

Badass yet emotional, songs of battle and victory are contrasted with songs of anguish and defeat. The symphonic elements and campy keyboards are over the top, but that’s part of the appeal. After all, metal has always been extreme. Age of Revolution is a great album, fun and exciting to listen to. The upbeat energy takes unexpected twists and turns. This release was highly entertaining and vibrant. Four Stars out of five!