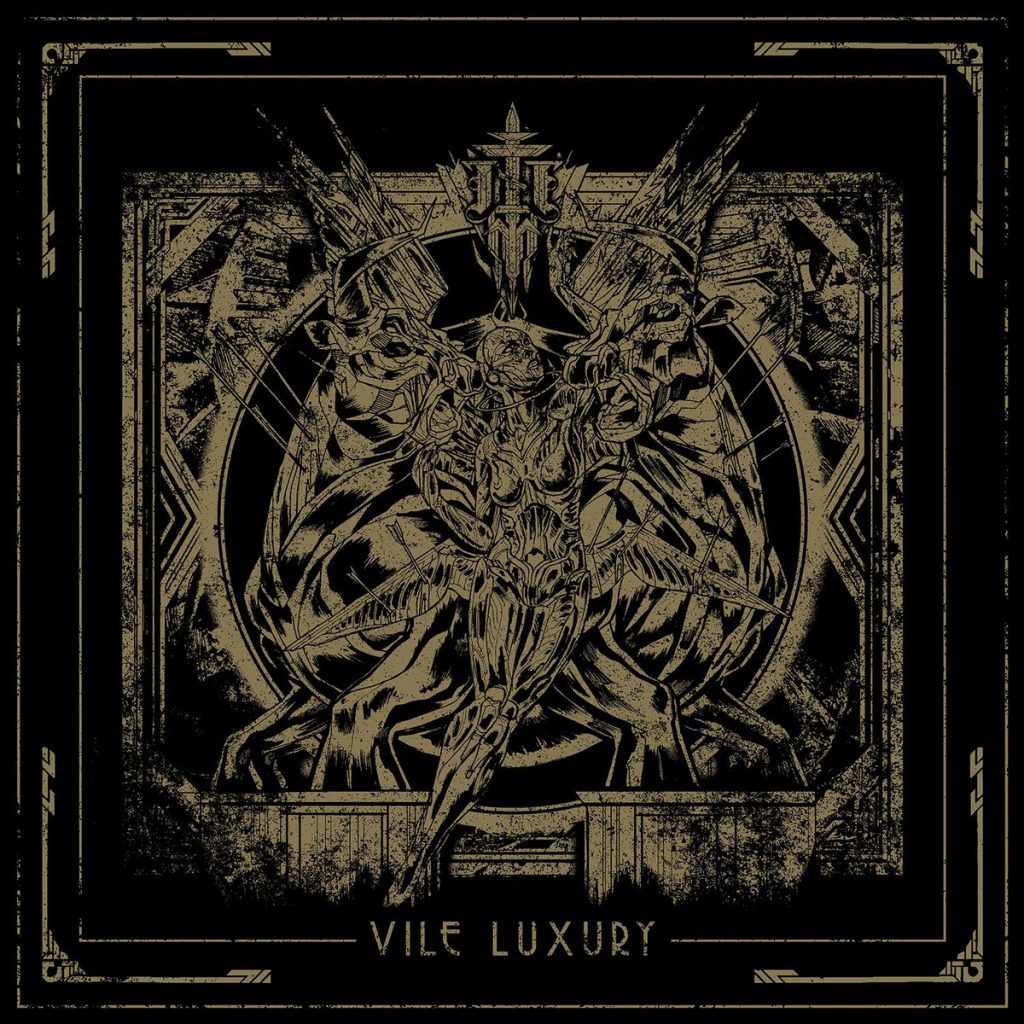 I’m listening to Imperial Triumphant- Vile Luxury put out by Gilead Media, and it is one of the most twisted and decadent metal albums I’ve heard in awhile. I haven’t heard any of their previous work, but its imaginable to see that it is probably just as dark and foreboding. The band is from New York, and it is fitting since this album paints a grim tableau of urban decay and societies’ plead for salvation. The people from the past had ideas of how the future looked and this is a skewed rendition of that perspective. It is reminiscent of how there are secret truths in the past that you didn’t know existed, because you were only shown a veiled image of that particular point in time, and this was going on long before you existed. Its music that makes you uncomfortable with its superior knowledge. A planted seed of uncertainty that grew and expanded in your mind.

Its earnestness and lack of compromise validates it completely. It doesn’t sound prepackaged or made to bless your ears with sounds of pop nonsense, it was made to make you feel like there is nothing that is going to get better. The drums are rhythmic and primal. The horn section, which include some improv jazz sections, make its presence almost an anachronism that it got released now in 2018. Its like music your great grandparents listened to but only in secret because it was something unspeakable. Like there was no hope, but to put this on the turntable and try to imagine a world where there isn’t total despair. That maybe there should be something better that won’t arrive to save them from poverty or hunger.

The guitars are out of tune sounding and disjointed, pianos and heavy clear bass-lines (which are rare in metal albums), with almost a free form jazz element to their sound; like if the Dillinger Escape Plan had joined an extreme death metal procession. And the vocals are pure evil; A speaking demon telling you evil things because there isn’t anything it doesn’t know about life, and why you are here. There are screams from men and women in the background which adds to the overall hopelessness of the world we inhabit. It scares me, in all honesty; but I can’t stop listening to it because that is what makes it beautiful. It’s a car crash and you’re driving by and you see what you feared in your mind you would and its exactly what you envisioned. It’s the evil presence in the beginning of Muholland Drive where the man is describing his nightmare and it comes true. I hate it and love it at the same time because it sounds like it knows things I don’t, even about my self.

This album is available on Bandcamp, Gilead Media, and Throatruiner Records. Four stars out of five!