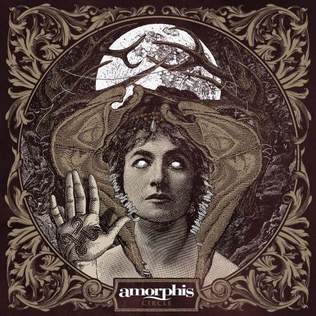 Even as a longtime fan of the genre, I can see why heavy metal is not for everyone. Blood, guts, and gore tend to scare a large portion of normal society. However, metal is also surprisingly inclusive. Many bands that are too offbeat or experimental to fit into any other genre are often classified as “metal”, and even die-hard rockers have respect for talented musicians in other genres. Empirical evidence mirrors my own taste, showing the average headbanger has a soft spot for Beethoven (classical), Lady Gaga (pop), and Bjork (avante garde). Most metalheads will also acknowledge the importance of classic rock and blues, without which our favorite genre wouldn’t exist. The Beatles, The Doors, and Jimi Hendrix are amongst the pantheon of prototype metal forefathers.

There is significant overlap between all genres, which means that maybe not all metal songs are bad. Perhaps there are only a few bad apples giving the whole demographic a bad rap. Whether you’re into riotous party anthems, deep introspective ballads, politically charged barnburners, or just something to enjoy while you drink a cold one: There’s a metal subgenre for you. Let’s start out nice and easy with a short list of bands that are both accessible and true to the spirit of the metal genre.

Shredding since 1992, Amorphis have a fitting name, as they have a chameleon-like ability to adapt to shifting musical tastes spanning several decades. Their composition of beautiful melodies borrows largely from traditional Finnish songs, myths, and legends. Even their heavy early material has the potential to appeal to new listeners  (Tales From The Thousand Lakes), while the newer albums (Circle, Under the Red Cloud) expand their audience to include those with much softer palates. The sonorous harmony of their compositions belie the emotional intensity of the lyrics, which are often violent or tragic. Satisfy your inner hopeless romantic while also getting a lesson in history and literature.

Okay, who doesn’t already love Motley Crue? Even non-rockers have thrown on classic Crue tracks if they’ve ever needed to pump up a pep rally, impress the cool kids, or simply tried to get laid. On the surface, this music is top notch party fare: Energetic, lively, and upbeat. It’s not until you listen to the crazy lyrics that you realize it’s not all fun and games; It’s also a teeny bit of devil worship and committing felonies. But hey, your hot date to the concert doesn’t need to know that. The original party animals from hell, Motley Crue virtually invented the hair metal genre singlehandedly. Whether or not they did it first, they definitely did it better than anyone else. It was a 24/7 orgy with these fuckers. Drugs, girls, booze, sex, fist fights, stabbings… All of these subjects could be crammed into a single song, as well as lived out in reality. However, you can ignore all the violent imagery and just take their music at face value: Extremely catchy party jams that you can dance or rock out to.

Hailing from Canada, Rush are righteous classic rock legends. Their ambitious concept albums were intelligent and philosophical, often with uplifting and positive messages. Their thoughtful lyrics, deep symbolism, and complex music embody the best aspects of heavy metal. This band was very experimental for their time, paving the way for modern day progressive rock and metal. Percussionist Niel Peart is one of the best in the trade, and often tops the list of drummers’ inspirations and influences.  Must-hear tracks include Fly By Night,  Tom Sawyer, Subdivisions, and Spirit of the Radio.

System of a Down

Remember how the introduction mentioned bands that were so weird that they could only fit under the metal umbrella? Enter System of a Down. They were pretty damn popular for a metal band, perhaps gaining traction from their sheer shock value. It’s likely that you may already be familiar with them, especially if you were lucky enough to be teenager in the early-to-mid 2000’s. This oddball band transcended cliques and bridged the gap between goths, punks, gangsters, and even a handful of preps.  Their signature sound was bizarre and dissonant, made famous by Bring Your Own Bombs (BYOB), a scathing criticism of Bush administration politics. Their angry societal tirades were balanced by introspective and intimate singles like Lonely Day and Hypnotize.  Serj Tankien’s vocals are unusual, but he actually sings. This is unusual for a genre that usually has gutterals, growls, or screams, and helped single out SOAD from the crowd. Along with their so-weird-they’re-catchy tunes, they stood out as a musical anomaly. A freak amongst freaks: Now that’s something to be proud of.

Volbeat exemplify good old-fashioned themes of manliness in the vein of 50’s rockabilly. Vocalist Michael Poulson has a deep, smoky voice as strong, intense, and full-bodied as fine aged whiskey.  The envy of lesser bands, even their love ballads have a rugged masculinity. Ladies want them, dudes want to be them. These guys are just plain badass, with beefy riffs and solid song structures to give The Misfits or Nekromantix a run for their money. Hell, they almost rival the King of Rock n’ Roll himself, Elvis Presley. Their style combines the timeless chord progressions of the blues with the aggression of modern punk and metal, resulting in a robust, well rounded sound. Some of my personal favorite tracks include Mirror and the Ripper, Devil’s Bleeding Crown, and Fallen.